← Update
The Case for the Defensive Midfield → 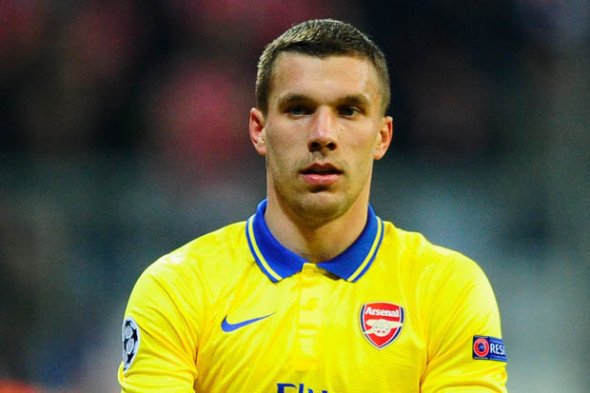 The fundamental objective of football is to score more goals than the opposition. However much in real, practical terms, it is far from that simple, the undeniable truth is that goals win games. That fact meant that for a long time, the centre forward’s only real duty was goalscoring. As the player stationed furthest forward, scoring was the only thing with which they needed to concern themselves.

In recent years, the re-popularisation of one-striker systems has dictated that they must take on a more complete role. Some old-style poachers remained and still do, but they are visibly disappearing and dying out with every year that passes. Among the world’s elite strikers, only one resembles the more one-dimensional nature of the common ancestor, and that is Radamel Falcao, who remains purely because he is so supreme as that poacher figure. And even then, his former side Atlético Madrid did significantly better for ditching him and moving towards more complete, team-orientated style than they ever did with him as their focal point.

Even though the demand for complete, competent-in-every-regard players at the highest level continues to grow, there remains space for players who provide little outside the final third, but they are few in number. Of the major European sides, only three can lay claim to such players, who are also of the required standard. Arsenal have Theo Walcott, Barcelona have Pedro Rodríguez and Bayern Munich have Thomas Müller. And as the years pass, Pedro’s diminishing effectiveness has made him less and less deserving of having his name on that list.

The point being that to live as a pure end product player, as those three do, the need is to be brutally effective almost all the time. Two of them have been regularly relied on as their team’s main goalscorers, or assist-providers. That is their reason for not contributing an awful lot to the rest of the team’s play outside of the final third. It is a difficult niche, which is why there are so few of them, and why they are such unique players as themselves. They are players with special talents, but somewhat lacking in all-round ability (which actually works in their favour). Their limitations on the ball make their off-ball work so much more important; their movement stretches their oppositions and creates space for the rest of the side. So even if they are cut adrift for 10 minute spells, they are habitually contributing.

The cases for and against Lukas Podolski are imbalanced, to say the least. On the one hand, there are the fans: he scores goals, he is an excellent finisher and crosser of the ball, he is clearly well-liked within the squad and is (by the looks of things) good for its morale. They are fairly difficult to argue against, as themselves. Podolski has a wonderful left foot and although his contributions can be meagre, they tend to be precise when present. He does very little in the way of buildup play, but he does get goals and occasional assists from wide areas.

So why does he not belong among the aforementioned three? After all, he has contributed as many goals and assists as Walcott (36) in the last two seasons and only three fewer than Pedro (39)*. Compared to Walcott, at least, it took Podolski 68 games to Walcott’s 51 – with Podolski having 10 more starts and 7 more appearances from the bench to his name. Pedro himself needed 82 games (64 starts, 18 as a substitute) – and with those numbers, it is not hard to see why he has become less and less important at Barcelona. The biggest problem beyond the pure number with Podolski is the distribution of the goals.

(*Stats only including the Premier League/La Liga and Champions League.)

Perhaps it is somewhat unfair to pit Podolski against three unquestionably superior players, but at a club of Arsenal’s level, to get away with contributing as little to the general play as he does, the requirement is that you add the kind of diversity to the team that they do – the surprise factor and productivity that Walcott and Müller boast proudly, and which Pedro at least used to. But there is no such return here.

Judging players solely by their numerical output is usually a very one-dimensional view of things, but in Podolski’s case, it is the only way of doing so. Of his 28 Arsenal goals (all competitions), in the league he has mustered 2 goals and 6 assists against opposition who finished in the top half. The goals being against Liverpool in Brendan Rodgers’ third game, and the other a scuffed and deflected effort against a 10-man Tottenham Hotspur. Two of the assists came in the same games; three in the 5-1 demolition of 10th-finishing West Ham, and the last being against Manchester City this season. With regard to scoring against top half opposition, he also managed FA Cup goals against eventually 9th-placed Swansea in 2013, and Liverpool last season.

He has given 16 goals and 5 assists against lower-half Premier League sides in the last two seasons, with an extra two goals and one assist in the FA Cup against Championship outfits. Though to save from this becoming a real issue, he managed to capitalise on one terrible piece of defending and arguably getting away with a foul to score two against Bayern in two seasons when Arsenal were two and three goals down, respectively. Even his other three Champions League goals were against teams who were knocked out in the group stage, with one assist against the fellow qualifiers Schalke.

Simply put: in the league, he has scored three and assisted three times against teams who finished above 9th in the last two seasons. And with the exception of one of those assists (City last season), those teams themselves were in disarray at the time of asking. Liverpool in the FA Cup, too, which was a nice exception. Which gives four games in two seasons against good sides in which Podolski’s contribution has been the difference between winning, drawing or losing. And including the second 5-2 in that is somewhat generous.

The greatest issue with Podolski is movement. If a player’s movement creates room and chances for his team mates, then his numerical contribution becomes less of an issue. Just see an on-form Olivier Giroud, or even Yaya Sanogo. Podolski’s movement is something close to the Loch Ness Monster. In that I am not yet convinced it actually exists, despite some questionable pieces of evidence to the contrary.

Which means that with Podolski, you have someone who contributes less than nothing a worrying amount of the time. In fact, he is detrimental a lot of the time because he is a player in the team’s front five who is so predictable that teams can put more effort into stopping the other four, rendering them less effective. Occasionally this will work in Podolski’s favour, as it leaves him more open through not great work of his own. But most of the time, it works for no one.

With that being the case, Arsenal have a player who cannot do anything except shoot and cross, but he does both of those relatively well when he is given the space to do so. The further issue within that being that good teams do not give the kind of space that he needs, because they are mostly not actively inept. So going deeper, there is a player who is mostly more harm than good against sides of any kind of calibre. But as we saw to a degree last season, points against the lower half of the table count just as much as against the competition. A team needs to win every game possible and a player who habitually scores against smaller sides can win Arsenal important games.

So, is that Podolski’s use? Are Arsenal paying six figures per week for a player to score almost exclusively against lower half opposition in low pressure games? Personally speaking, I was on mostly board with the idea of a player to rotate in to play against smaller sides – it would be useful for maximising the depth in the squad while keeping the more practical and useful players fresh – but his atrocious performances in the FA Cup Semi Final and Final sent me to the other side. As soon as either team showed any semblance of organisation, his only move was to attempt poorly-angled shots from the corner of the penalty area. The teams were completely focussed, rendering Podolski useless.

Podolski’s Germany record is an impressive 47 goals in 116 appearances, but again, a look at the spread of those goals is instructive. 116 German caps and a World Cup winners’ medal. His career has become like a Banksy on a decaying wall: impressive from afar but as soon as you are close enough to do some proper inspection, the façade collapses.

Yet, as has been said, you do need to win every game possible. And even if Podolski’s only worthwhile contributions are against poor teams in poor states, he allows Arsenal to win those games. But at over £100,000 a week and being a near-damaging influence against better opposition, while Arsenal also have three outwardly superior left wing options (Alexis Sánchez, Santi Cazorla and Alex Oxlade-Chamberlain) and are rich in possibilities for the right side, too, Podolski is barely even required for depth purposes. Even though most are not ‘natural goalscorer’ types as Podolski is, they can all do more than enough to replace his contribution.

Even though he is seemingly well-liked, Arsenal cannot be in the business of holding onto wastrels because they are good friends with two of their most important players. He is occupying a space in a well-crowded area that would be better going to another. His stats tell the story we want to believe; everything else is just the unfortunate truth we would rather not have to acknowledge.