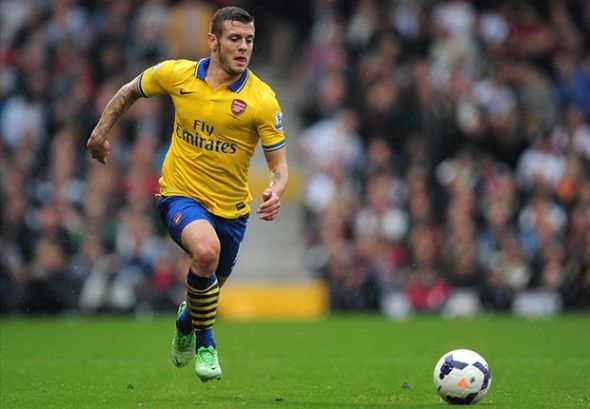 This article was written for and first published on WeAreTheNorthBank.com (link).

There is a truth near-wholly acknowledged among football watchers that players below a certain age, or a certain number of first team appearances (the exact numbers remain vague) are allowed a certain level of leeway with regard to the shortcomings in their game. It’s only fair. The underlying idea behind this is that being young, inexperienced, or both, they will eventually grow out of their flaws and learn from their past mistakes. It’s often a slow, but worthwhile, and most crucially visible process. It rarely happens particularly quickly but in observing many young players over time, it’s easy to see them steadily ironing out some of the more negative and inhibiting facets of their play.

Arsenal, like most teams, are heavily reliant on a well-functioning midfield. Between early March and late December 2013, they had put together their best midfield setup since Cesc Fàbregas’ departure in 2011. They key to it all was and is Aaron Ramsey, preferably and most often partnered by Mikel Arteta in the deep midfield pairing. They allowed Arsenal to become something they had not been since Sol Campbell had left: a team comfortable without the ball, perhaps more so than with it. It took Mesut Özil’s signing for attacking cogency to be added to the improved defensive play, and with a midfield in perfect working order, everyone was thriving and they sat atop the league.

Ramsey’s goals were the first reference point for praise but far more important for Arsenal in both defence and attack are his remarkable engine and exceptional intelligence on the pitch. His movement in and around the box has always been impressive but more than where he goes, it’s about when he commits forward or remains back. Arsenal don’t get caught on the break when Ramsey is playing, even when he sits significantly further up the pitch than his midfield partner. They barely concede goals with him there, and score plenty.

Under Liverpool’s heavy pressing in the game last weekend, Arsenal looked lost in a way they have not done since the home first leg against Bayern Munich last season, despite having met heavier and more efficient pressers than Brendan Rodgers’ side since. There was a struggle in the first half an hour of the home match against Borussia Dortmund, but once they found their feet, they were fine against it. Under heavy pressing, the players being attacked need simple passing options close to them. When Ramsey’s there, they have them, even if they aren’t Ramsey himself. Without him… well, Saturday happened.

Arsenal’s midfield shape against Liverpool was one not seen since before that Bayern game. That midfield shape was the main cause of some of the more disastrous defending of last season. The primary reason for that, in the most part, was Jack Wilshere, his errant positioning and love for an aimless roam up the pitch, with little intention of returning to his station. Arsenal with a disjointed midfield makes for Arsenal with a leaky defence, and Arsenal with an unfit-for-purpose forward line.

On Saturday, it was the exact same issues as last season. Wilshere sat and pushed far too high, Arteta struggled to make up the ground, the opposition had an open middle and an exposed defence to attack. The full backs struggled, just as they did through a lot of last season, as they had no passing option on account of Arteta’s having to cover the position of two players 10 yards away from where he would ideally be, because who knows where Wilshere was. From there, it was easier for Liverpool to double up on both full backs and draw the two centre backs out of position.

Arteta came in for more criticism than Wilshere immediately following the game – mostly jibes about his mobility and struggles against Liverpool’s pace. Arteta isn’t perfect: he is slow and lacking the engine of the ‘top level’ defensive midfielders, and he has been known to play a little over-cautiously on the ball. He is a player who needs protecting and a bit of help, but with it he provides a valuable service which no other in the squad can do as well. Ramsey gives that help. Wilshere does not. 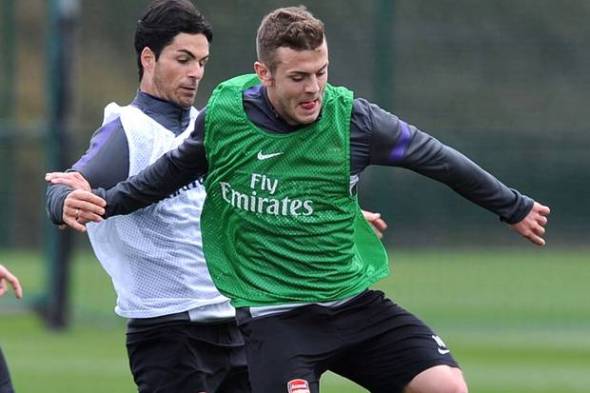 With Wilshere partnered by Mathieu Flamini, Arsenal lose a lot of their edge on the ball in midfield because they have one who is fairly average with the ball at his feet and another who, although far less limited, does not do enough practical and useful with it. In many games, that will not be the biggest of issues because even though they lose something without the first choice pair, most teams do not have enough to counterbalance that. But Bayern certainly do.

Ramsey makes up for some of that which is lost technically with Flamini over Arteta with his own smarter positioning and use of the ball. The greatest worry is that the issues with Wilshere are the same ones as last year. They are not technical limitations. He is an extraordinarily gifted player, but he does not appear to be learning from his mistakes. A year later and every problem that was prevalent then is prevalent now.

It is the case in so many areas. His lack of regard for defending is, of course, the standout. Beyond that, he still is not particularly adept at making himself available to receive the ball. He still holds onto the ball far too long in attacking areas. He still keeps dribbling until he gets fouled, tackled or forced into a move-killing sideways ball rather than play the earlier passes. His end product has shown improvement but it isn’t worth playing him in a central position where he damages the team’s setup for maybe 5-10 extra goals and assists each season.

Saturday, after half an hour and only the four conceded, marked was the return of ‘Wilshere vs The World’, while his team mates around him show themselves to be unworthy of the passion and drive he brings. Never mind that he was a major reason why the rest had played so poorly and he had no plans to help them out while he was on or off the ball. Another who specialises in such performances, especially this season, is Wayne Rooney. They have spent the game playing to their team’s detriment but they ran forward with the ball a lot in the final third. To little end.

Wilshere’s best position in this team is on the right wing. There, he has permission to drift inside and aid their quicker one and two-touch play closer to the box, where he is highly skilled; there is scope for him to harness his fantastic dribbling and he is less damaging to the team’s overall shape. He can exist comfortably as something a luxury while hopefully reaping the benefits of greater game time.

But that is the issue. His goal and assist numbers are the best they’ve ever been, but beyond ever so slightly more productivity from deep midfield (most of the goals or assists have come from him playing the advanced roles), he does not appear to have learned much, if anything for the central roles. Upon returning to the middle, it’s the same as the shambles that was the first two thirds of last season.

Given the comparison with current Ramsey has been so pronounced, it makes sense to compare him to Ramsey in the time following his injury, given that is the stage Wilshere is in now. It took a while for Ramsey to recover his best self, but what was habitually visible was his constant work for the team and movement in front of goal and to receive the ball in midfield, which is not the case with Wilshere. The England international’s issues mainly emanate from a seeming unwillingness to actually use his brain.

Ramsey had similar problems with being slow to release the ball and often losing it, but he has always had an altruism and intelligence on the pitch that Wilshere never has. Wilshere, at the moment, is an individual around whom the team has to mould itself. The problem for Wilshere at this point is that Arsenal have better players to build around and he simply does not yet give nearly enough to warrant being the centre of all things.

For now, that leaves Wilshere in a purgatorial state. Either he becomes the team’s man or… who knows? Time is on Wilshere’s side. There are no questions about his ability. My hope at the start of this season was that he would shed the ‘Star Player Syndrome’ with the signing of Özil and Ramsey’s rise, but the signs have not been particularly encouraging. Wilshere is his own main obstacle, but we are at the point now where it is fair to worry whether or not it is an obstacle he will overcome.